Admiral Sandy Stosz started out in the US Coast Guard as an ensign serving aboard polar icebreakers, conducting national security missions from the Arctic to the Antarctic. Her forty-year career was filled with leadership lessons gleaned while breaking ice and breaking glass as the first woman to command an icebreaker on the Great Lakes and to lead a US armed forces service academy. Along the way, Sandy served for 12 years at sea, commanding two ships, and led large Coast Guard organizations during times of crisis and complexity. She finished her career as the first woman assigned as Deputy Commandant for Mission Support, directing one of the Coast Guard’s largest enterprises. She has lectured widely on leadership, and has been featured on CSPAN and other media outlets. In 2012, Newsweek’s “The Daily Beast” named Sandy to their list of 150 Women who Shake the World. She volunteers in leadership roles for several organizations and runs Sandra Stosz, LLC. Sandy enjoys hiking, swimming, birdwatching, beachcombing, and spending time with her family. 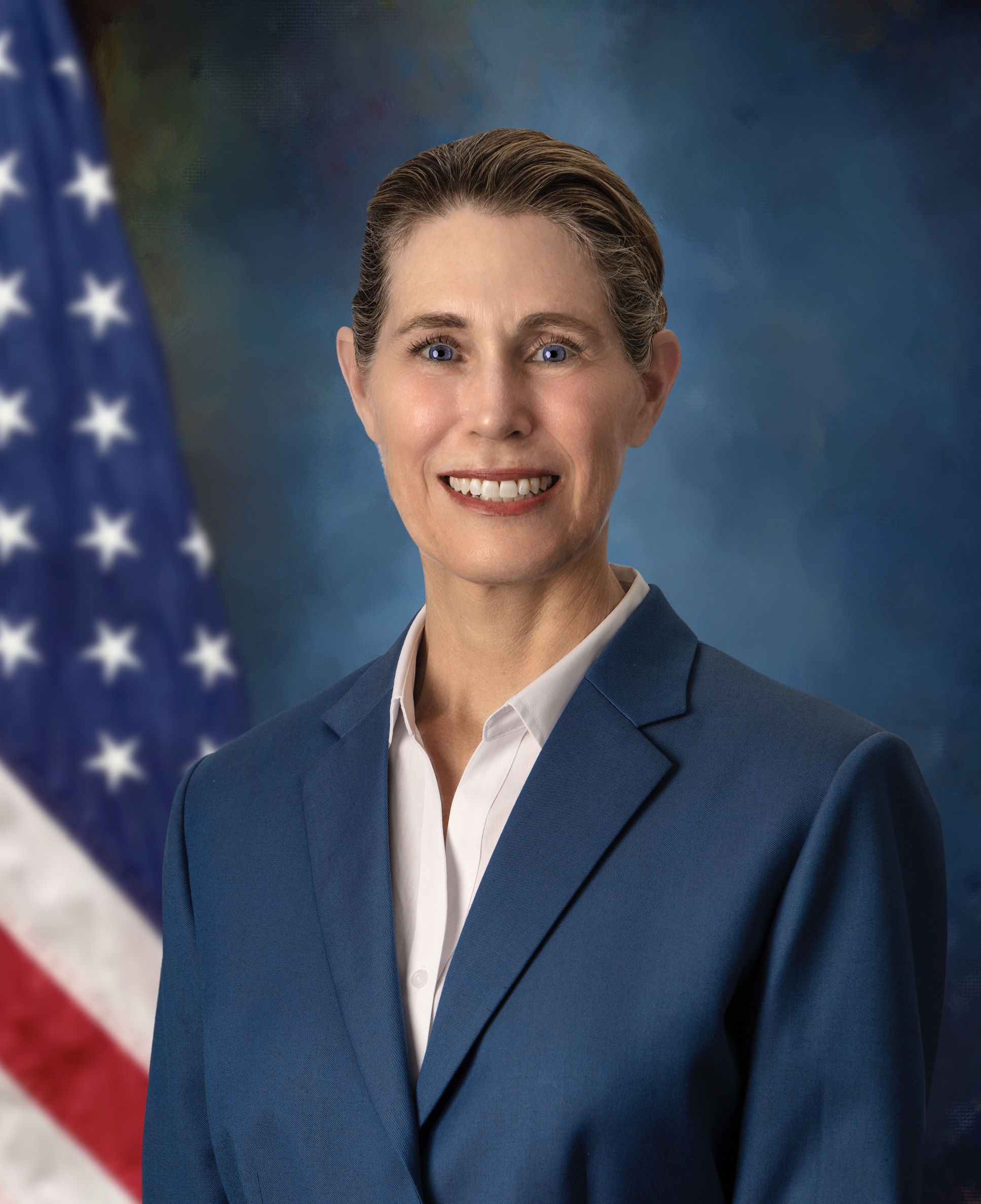 Admiral Sandy Stosz is an experienced senior leader who has served and operated in the military, maritime, homeland security, transportation, and academic sectors. Her expertise includes leadership development, strategic vision and planning, change management, training and education, and leading and managing complex organizations.

She started out in the Coast Guard as an ensign serving on polar icebreakers, conducting national security missions from the Arctic to the Antarctic. Her thirty-six-year career was filled with leadership lessons gleaned while breaking ice and breaking glass as the first woman to command an icebreaker on the Great Lakes and to lead a U.S. armed forces service academy.

A line officer, Admiral Stosz served for 12 years at sea. While commanding the medium endurance cutter Reliance she and her crew patrolled off the coast of New York City, keeping the nation safe and secure following the terrorist attacks of September 11th, 2001. She led large Coast Guard organizations during times of crisis and complexity. As Superintendent of the U.S. Coast Guard Academy in New London, Connecticut, she was responsible for developing and educating a corps of 1,000 cadets. She also led the Coast Guard’s recruit training center in Cape May, New Jersey where she was responsible for building the Service’s enlisted workforce. She finished her career as the first woman assigned as Deputy Commandant for Mission Support, directing one of the Coast Guard’s largest enterprises. She was responsible for all facets of support for the Coast Guard’s diverse mission set through oversight of human capital, lifecycle engineering and logistics, acquisitions, information technology, training and education and security.

Admiral Stosz graduated from the Coast Guard Academy with a Bachelor of Science degree in Government. She earned a Master of Business Administration degree from Northwestern University’s Kellogg Graduate School of Management and a Master of National Security Strategy from the National War College. She completed an executive fellowship in national security through the MIT Seminar XXI program and completed the Navy’s Executive Business Course at the University of North Carolina’s Kenan-Flagler business school.

Following retirement from the Coast Guard, Sandy established Sandra L. Stosz, LLC, focused on leadership and leader development. She serves as chair of the Coast Guard Academy Sailing Council, a trustee for the James M. Loy Institute for Leadership, a member of the Board of Directors for the Flag and General Officer Network, a member of the Flag and General Officer Advisory Council to the President of Arizona State University, the Darley Defense Advisory Board, and the Government Technology and Services Coalition Editorial Board.

Outside of work, Sandy enjoys hiking, swimming, birdwatching, beachcombing, and spending time with her family. 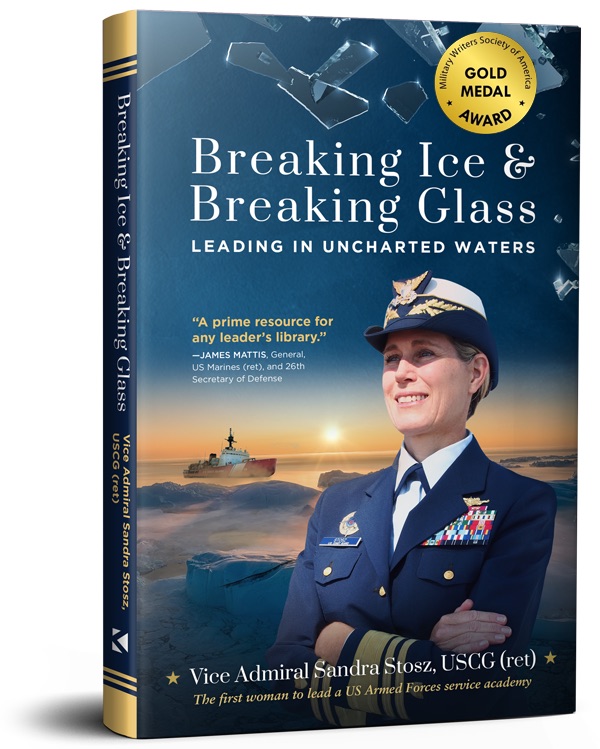 TODAY, OUR NATION IS LIKE A SHIP being tossed in tumultuous seas. The winds and waves of change have divided and distanced our society, threatening to wash away the very principles our nation was founded upon. Now more than ever, our nation needs leaders with the moral courage to stand strong and steady—leaders capable of uniting people in support of a shared purpose by building the trust and respect necessary for organizations and their people to thrive.

In Breaking Ice and Breaking Glass, Admiral Sandy Stosz draws upon her forty years of extensive experience and wisdom to provide tools that will help leaders reach their goals and succeed at every level. Character-centered, proven leadership principles emerge from these engaging, personal stories that teach leaders how to find, and then become, an inspiring mentor; implement successful diversity, inclusion, and equity programs; successfully lead in a complex environment; and much more.

Leaders eager to make a difference by helping people and organizations be their best will find Breaking Ice and Breaking Glass: Leading in Uncharted Waters their go-to resource.