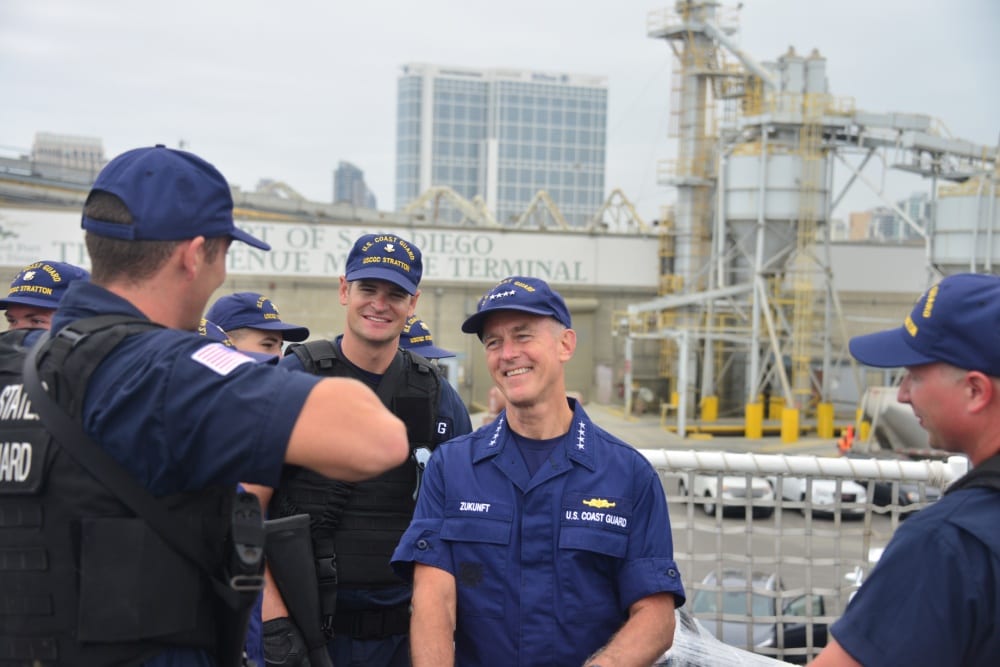 Retention in the Coast Guard where I served for most of my life, is remarkably high. When asked why, the Service’s former commandant, Admiral Paul Zukunft explained, “It really begins with good leadership. Our leaders really, truly do look out for their people and not for themselves.”

Admiral Zukunft personified the servant leader whom people choose to follow. As commandant, he modeled the way every day, selflessly serving the Coast Guard and its people.

Admiral Zukunft’s leadership style makes me think back to when, while serving on his executive leadership team, I assumed responsibility for developing the theme, itinerary, and speaker lineup for the Coast Guard’s semi-annual senior executive leadership conference. We reached out to the famous author and speaker Simon Sinek, inviting him to share his thoughts on leadership from his book Leaders Eat Last. With a reputation for delivering a captivating talk, he was in high demand. We were thrilled when he agreed!

Mr. Sinek talked to us about leadership, sharing his experiences working with the US Marines. He asked the Marines about the secret to their success leading on the battlefield under arduous conditions. He wanted to understand why Marines would lay down their lives for others whom they may not even know. He learned that the Marine Corps culture supports taking care of the junior enlisted personnel so they can take care of each other and the mission. Hence, at mealtime, junior Marines eat first, and their leaders eat last.

Mr. Sinek’s talk inspired us all to contemplate our leadership styles. We had invited him to speak before lunch, so he could remain afterward to dine with his audience, the senior executives and their spouses. When the talk ended, everyone headed out to enjoy a prepared lunch in the adjoining conference room.

I almost laughed out loud at what I saw. People milled around talking, but no one dared to step up to the loaded buffet table! What senior executive would venture to be first in line after a motivational leadership talk extolling the virtues of leaders eating last? Thankfully, the senior executive spouses saved us all by starting through the buffet line first.

Admiral Zukunft was the senior-most leader in attendance for Mr. Sinek’s talk. He already had the lesson, “leaders eat last,” down pat. I’d seen him hosting events at his quarters during which he not only ate last but personally cooked for his guests! Most famous were the big July Fourth gatherings which involved well over one-hundred attendees, including service members and their families. During those festive occasions, our commandant could be seen at the grill, toiling in the heat in his Hawaiian shirt, happily serving up burgers and dogs.

Reflecting on the importance of emotional intelligence, executives must possess situational awareness to understand how their work habits and personal actions impact their people. Leading by example means creating a workplace climate that inspires subordinates to want to move up to take more responsible, demanding jobs. Supervisors who spend most of their time in the office and don’t have a healthy work-life balance are probably not people who subordinates want to emulate. They may look up at their boss and think, “Wow, I don’t want her job if that’s what’s expected.”

On another occasion, while working for former vice commandant of the Coast Guard Admiral Dave Pekoske, I was impressed to watch him routinely dedicate time out of the office for exercise. Despite the pressing demands, he directed the staff to block his calendar, and he went out for a run every day. He did so not only for his own health and well-being but to model the way for his subordinates.

In an office environment characterized by high expectations and even higher stress, that white space on the boss’s calendar was a welcome sight. It allowed his subordinates to breathe a sigh of relief and tacitly permitted us to take an hour of personal time. Following Vice Admiral Pekoske’s example, when I reached the executive level, I made it a point to block my calendar for an hour at lunchtime.

In their own ways, leaders like Admiral Zukunft and Vice Admiral Pekoske cultivated a workplace culture that inspired and motivated Coast Guard men and women. People enjoy being part of an organization with strong core values and leaders they trust and respect. When Coast Guard members retire, they often remark, “I joined the Coast Guard for the missions and opportunity to serve but stayed because of the people.”

Leading with character means inspiring people to choose to stay with the organization they are so proud to be a part of.

Look in the mirror. Are you a leader others want to follow?