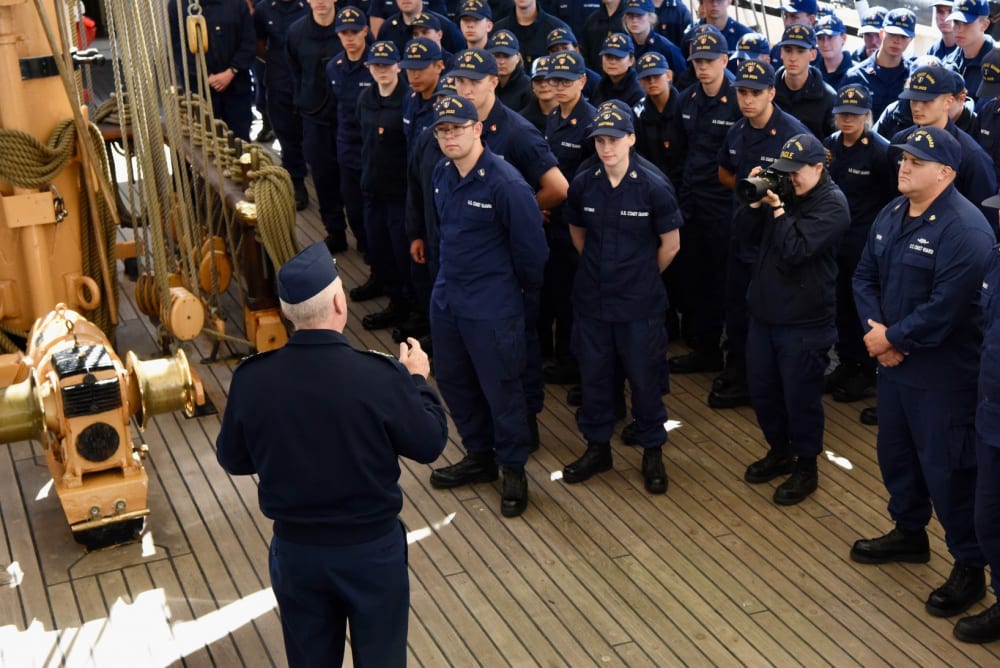 To be yourself in a world that is constantly trying to make you something else is the greatest accomplishment. – Ralph Waldo Emerson

The Coast Guard excels at leadership development by providing motivated members boundless chances to test themselves. Those who are willing to work hard and persevere can excel, both as individuals and as team members. Despite working hard and persevering, some talented people still fall short. They fail, in part, because they don’t have the confidence to believe in themselves. Lack of self-confidence is an impediment to leadership in many ways. People who cannot believe in themselves are also unlikely to have the ability to believe in and lead subordinates.

I came across an insightful article in The Atlantic entitled “The Confidence Gap,” which helped inform my thoughts on the importance of believing in yourself. The authors, both women, set out to demonstrate the existence of a gap in the level of confidence between women and men. This gap in confidence doesn’t correlate with competence. Yet, the authors report “evidence shows that women are less self-assured than men—and that to succeed, confidence matters as much as competence.”

The findings don’t mean every woman is less confident than every man. Plenty of men lack confidence. The findings should compel executives to understand the dynamic that could be at work in a mixed-gender group and to reach out to those who hold back. Engaged leaders employ techniques to ensure everyone in the workplace feels included and valued.

One day, while serving as superintendent at the Academy, I was invited to observe an engineering class. The class was made up mostly of men with a few women. Beforehand, the male instructor asked me to watch for the difference in class participation between the men and the women. During class, I saw how the men raised their hands unhesitatingly but often gave partial answers. Then, the instructor specifically called on one of the women, who hadn’t raised her hand. She delivered the perfectly correct answer. After class, the instructor informed me she was one of his smartest students. To ensure the women participated, he sometimes had to call on them individually as opposed to relying on the voluntary show of hands.

“The Confidence Gap” article resonated with me because I was that young woman who lacked self-confidence. I seldom raised my hand, despite being as competent as the next person. There were times when I wanted to contribute but couldn’t break into the lively, male-dominated discussions.

The men never asked, “Sandy, what do you think?” Rather, I had to compete with a room full of seemingly confident men.

There came a savored moment during my service as military aide to Secretary Skinner in 1990 when I was a junior officer. I’d done my best to earn his trust, and he believed in me. On matters of national significance, he would turn to me and ask, “Sandy, what do you think?”

The first time the secretary asked my opinion, I was taken aback. In those days, it was very unusual for a Coast Guard senior leader to ask a junior subordinate for her opinion. Secretary Skinner understood the value of a wide range of perspectives. My opinion was one of many he routinely solicited from a variety of people, both junior and senior. By asking for my thoughts, Secretary Skinner conveyed to me a sense of value that boosted my confidence.

Having broken the ice, so to speak, from thenceforward, I felt more empowered to work my way into discussions. With my new confidence came the realization that not having a voice at the table was mostly my own doing. The problem couldn’t be blamed on the more assertive men; rather, it was my failure to believe in myself. I needed to adapt my personality so I could stand up for myself and be a better leader. I realized I owed that duty not only to myself but to the people I would lead. Thus, I endeavored to pay forward Secretary Skinner’s belief in me.

Look in the mirror. When was the last time you called on someone, or asked their opinion, to draw them out and boost their confidence?