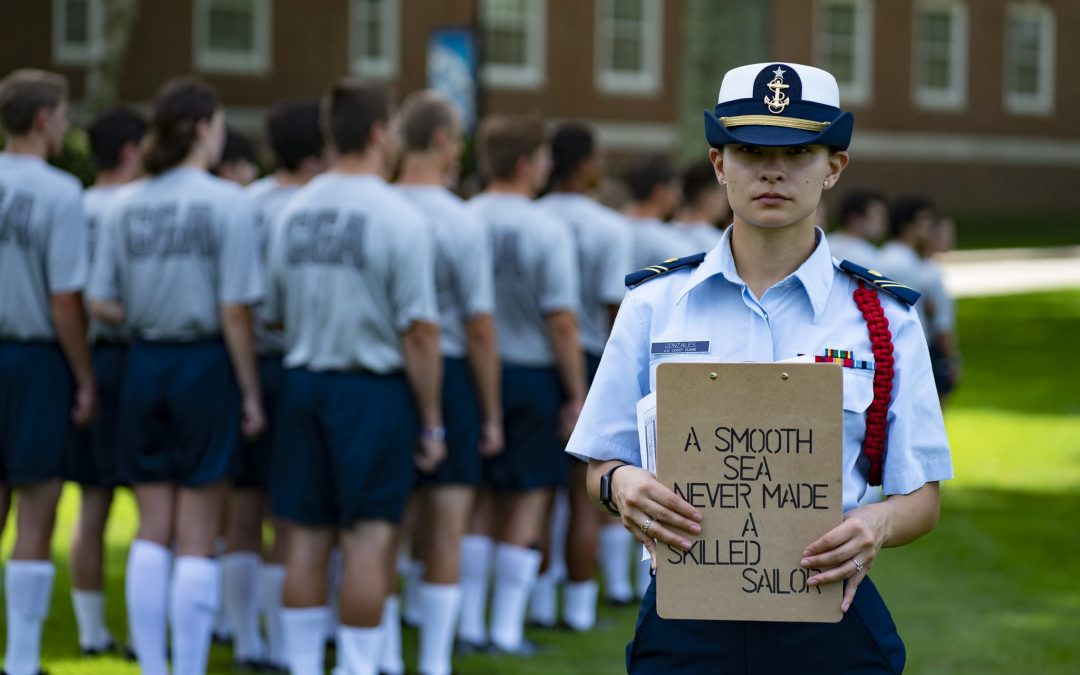 It is curious that physical courage should be so common in the world and moral courage so rare.

In this series exploring my philosophy of engaged leadership, this post discusses the third component, demonstrate moral courage.

The responsibility to demonstrate moral courage is a key principle of my leadership philosophy because the toughest decisions leaders must make are the very visible, controversial ones. These are decisions which involve enforcing standards that have been allowed to lapse, holding someone accountable for previously unaddressed poor performance or misbehavior, or standing up for someone or something in which you believe. Absent moral courage, leaders avoid such decisions, losing trust and sowing discontent in the workplace.

Those who demonstrate physical courage often do so in a moment of crisis, responding to external stimuli. They react by risking bodily harm to help another or to serve the greater good. Moral courage, on the other hand, results from a more deliberate response to internal stimuli. Demonstrating moral courage requires examining your core values, then standing up to do the right thing, always, even in the face of criticism or judgment.

My outlook on moral courage has been shaped most profoundly by observing those who failed to do the right thing when they had the chance. I witnessed the resultant deleterious effects on the workforce and even the organization. Serving as a leader in various personnel management positions required me to enforce standards and offered me unique insights into human behavior.

In one such position, I was a senior leader running the Coast Guard’s officer promotion board process. My duties involved taking calls from officers with questions about the outcome of a given promotion board. Generally, those calls came from distressed officers who hadn’t been selected for promotion. Sometimes the calls came from supervisors who wanted to find out all they could about why their high-performing subordinate hadn’t been selected. Although I couldn’t discuss the confidential deliberations of the promotion board, I would review officers’ service records and counsel them as best I could.

After publishing the results of a promotion board, I received an unusual call from a very senior officer serving as chief of staff, an executive level position, at a large Coast Guard unit. The chief of staff was senior to me, and he demanded to know why a certain officer under his command, who wasn’t a top performer, had been selected for promotion to the next level. I pulled the officer’s service record that had been put before the promotion board. To my consternation, the senior officer on the phone was the person who had given the officer a positive promotion recommendation on his most recent evaluation report.

When I tactfully brought this fact to the chief of staff’s attention, he said to me, with considerable irritation, “Well, I thought the board would see through that!”

In other words, he had hoped to avoid having to confront the officer with a negative performance evaluation and believed his endorsement would be weak enough that the board would “read between the lines” and not select the officer for advancement. In failing to accurately document the officer’s performance, the chief of staff demonstrated to others under his command that he couldn’t be trusted to do the right thing.

Contrary to the chief of staff’s presumption, the Coast Guard promotion board process doesn’t work that way. Promotion boards rely on the assumption that evaluation reports accurately reflect an individual’s performance. As a result of the chief of staff’s failure to demonstrate moral courage, an officer was selected for promotion who perhaps shouldn’t have been. Unfortunately, that officer took the place of another officer who wasn’t selected but who may have been more deserving.

The principles that comprise my leadership philosophy, build trust and earn respect, believe in yourself and others and demonstrate moral courage have served me well in setting expectations and achieving results. Every executive should prepare a leadership philosophy built upon his or her personal core values and that reflects the organization’s core values. The leadership philosophy should both inspire and guide, serving as a beacon to motivate aspiring leaders of character.

Look in the mirror. Do you look people in the eye and tell them what they need to hear, or do you look away to avoid confrontation?