Leading with Character-An Anchor to Windward

Leading with Character-An Anchor to Windward 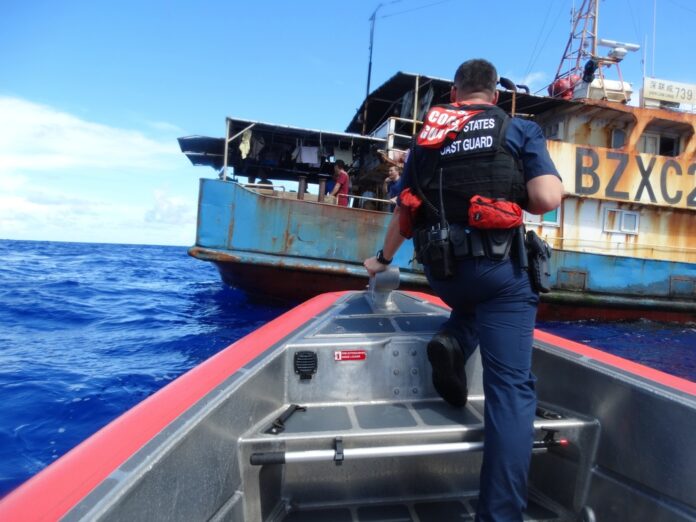 Leading with Character: An Anchor to Windward

Character is like an anchor to windward, holding one steady and true in tumultuous seas.
– Sandra Stosz, Vice Admiral, US Coast Guard (ret.)

I was recently interviewed about my new book, Breaking Ice and Breaking Glass: Leading in Uncharted Waters. The book is about character-centered leadership, so I started my introduction with an example of what leading with character looks like to me.

The interview host challenged my decision to not accept a gift of fresh fish from the master of a fishing vessel I was boarding. He thought the master was offering the fish as a way of thanking the boarding team for their service. I tried to explain that the master’s intent was not what mattered. It was the perception of accepting a gift from someone I was enforcing the law on that mattered.

There’s a line in the sand between right and wrong that has to be respected. Read on for the story and see what you think.

Doing the Right Thing
It had been a long, arduous day at sea in the Pacific Ocean. I was the boarding officer in charge of a small team of US Coast Guard members inspecting a fishing vessel. Our job was to ensure the vessel’s compliance with laws and regulations. If it failed, I would have to issue a warning or costly citation. Fortunately, the vessel we were inspecting met all the appropriate safety and fishing gear requirements, leading to an agreeable conclusion.

As we prepared to disembark into our small boat and return to our ship, the vessel’s master, who had been cooperative throughout the boarding, extended a nice catch of fish, asking us to take it as a gift. I could see some of my boarding team members’ eyes light up at the prospect of finishing up a tough day with a fresh seafood dinner back aboard the ship. We had worked hard since dawn, struggling through choppy seas to pull ourselves up and over the slimy gunwales, or sides, of fishing vessels that first pitched, then rolled like a bronco trying to buck us off. We slipped and slid in cold, wet, and stinky fish holds inspecting gear, struggling to keep our balance. We even missed lunch. Surely those fish would be a fitting reward for such effort!

Perhaps the vessel master understood the hardships and hazards of the job and offered the seafood as a sincere gesture of appreciation for the Coast Guard’s service to mariners. After all, the Coast Guard not only inspected fishing vessels for compliance, it saved them when in distress at sea. Yet, I respectfully declined the vessel master’s generous offer.

Regardless of his intentions, taking the fish wouldn’t be appropriate. The Coast Guard exercises regulatory authority over fishing vessels and must maintain an unbiased, unimpeachably professional presence in its proceedings with those it regulates. Although initially disappointed, the boarding team members understood and respected my decision and the importance of adhering to our core values.

The Line in the Sand
The Federal Government, where the Coast Guard resides, can’t afford any appearance of impropriety. Laws and regulations provide a standard structure to enable the 50,000 or so Coast Guard members to hold the line on doing what’s ethically right. There’s no room for individual interpretation or personal exceptions. People who step across the line in the sand to make an exception the first time draw a new line for themselves. Each time they make an exception, they redraw the line until they get into the gray zone, then finally into the zone of an ethical lapse.

I’ve seen people charged with ethics violations who are put out at being held accountable. They’ve redrawn the line in the sand so many times that they see their behavior as normal, and/or they claim the law or regulation is not important. Leaders of character never step over the line that first time. Their character is their anchor to windward.

Look in the mirror. Would you have accepted the fish?