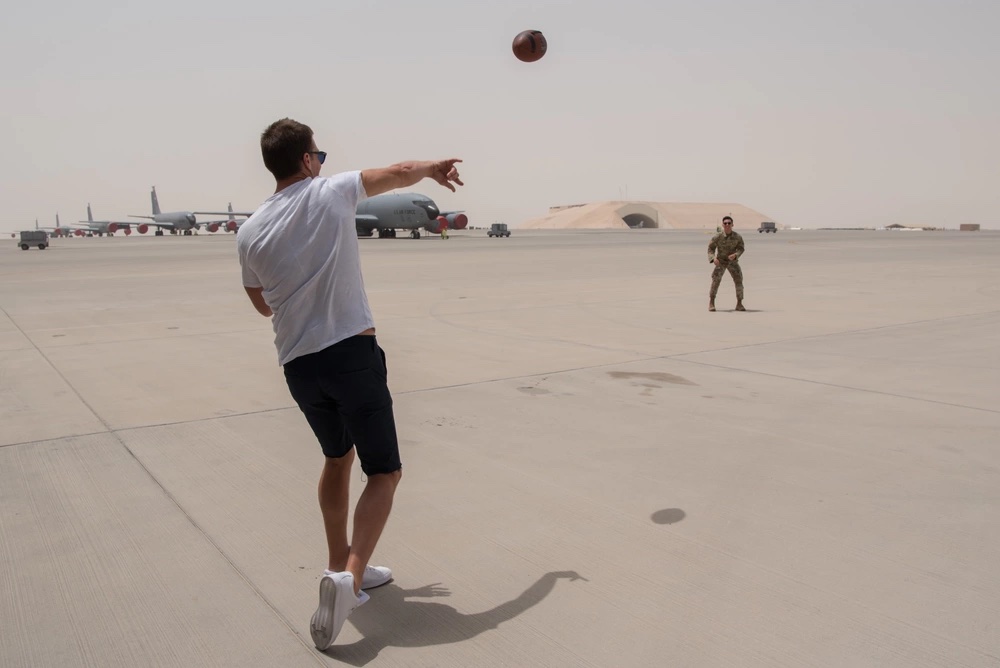 Many of you already know I’m a fan of sports as a leader development tool. I’d rather participate in sports than watch other people play, but either way, there are leadership lessons to be learned on the sports field that can be translated to the playing field of life.

One of the most powerful examples of character development in the sports arena has to be the all-time great football player Tom Brady. The big news in sports this week is that Tom Brady has accepted an offer to join the Fox television network as an announcer when he eventually retires from playing the game. That news just happened to coincide with me listening to an episode of Tom Brady’s popular podcast, “Let’s Go.”

The Power of Intention
The podcast talked about how in his early days, Tom Brady hadn’t been viewed as a potential star. Talent scouts criticized him, and he wasn’t anyone’s top draft pick. But he proved all the doubters wrong. The podcast finished with a quote from an article written by my favorite sports journalist, Sally Jenkins.

“Had Brady listened to conventional wisdom, had he accepted the judgments of others about who and what he was, had he retired before the age of 40 as most quarterbacks are expected to, we would have missed this most crucial fact about him. His greatness was not in the power of his arm but in the power of his intention to decide for himself who he wanted to be.”

The Struggle of Self-Discovery
That last line really spoke to me! As a young girl, I was interested in sports, and was motivated to compete since both my parents were athletic and I was raised with three brothers. I wanted to be a successful athlete! But, no one would have selected me as most likely to succeed on the sports field. In high school, I joined the track team but struggled to find my niche. I was tall and strong. I tried running, but didn’t have the speed for shorter distances, or the endurance for longer courses. I gave the high jump a shot, since I had the height advantage. But I lacked the explosive force for adequate vertical lift. It seemed I fell short at everything I tried. Maybe I just wasn’t cut out for track & field.

One day I was walking past the area where a few of the girls were practicing throwing the shot put (an 8-pound steel ball) and discus (a 3-pound steel and wood disc). The senior person, Ann, called to me and said, “Sandy, you look like you could throw. Come over here and give it a try.” I approached with trepidation because throwing wasn’t my strength. I couldn’t throw a softball to save my life. But the shot put was different. When I threw it the first time, it soared through the air and landed with a thud, further than any of the other girls except Ann. Finally, and to my great surprise, I had found my niche!

Attributing Success
Ann believed in me, and so did my coach, Ed Holshue. Through hard work and perseverance, I went on to win the state championship in the discus throw. Sure, I succeeded because like Tom Brady, I was motivated to prove that despite not appearing naturally gifted, I could shape my own fate and win at track and field.

But it wasn’t all me. I recognized I also owed my success to good coaching and mentoring. My success was the result of a 50% split between my own internal determination and those crucial external forces that shaped me.

Leaders of character recognize that success is a combination of the individual’s internal power of intention combined with the positive contributions of influencers such as coaches, mentors, teachers, parents, role models or others. Like most things in life, success involves a delicate balance between the internal forces one can control and the external forces beyond one’s power to control.

Look in the mirror. As a leader, do you judge someone based on first impressions, or do you search for the hidden talent and help people achieve their full potential?