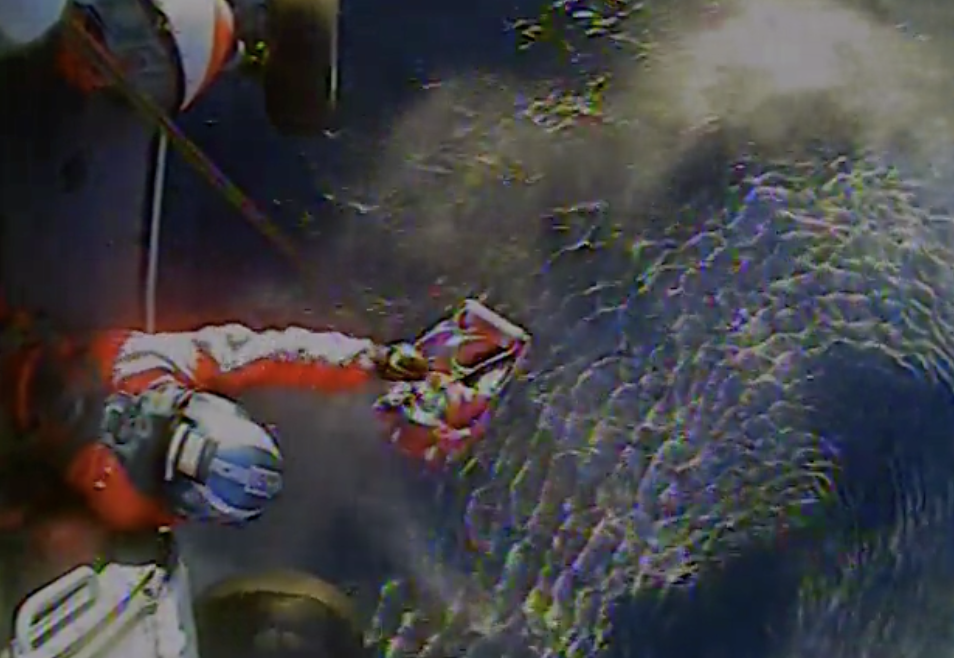 Last week, much of America took time to remember, reflect, and recognize the millions of veterans who have served our great nation. Many of them performed heroic deeds during their time in service, and we honor those brave men and women. On November 11th, I was privileged to participate in Grand Valley State University’s Hauenstein Center for Presidential Studies’ salute to veterans. I commend President Philomena Mantella for not only honoring our veterans, but for implementing programs to support veterans, particularly student veterans.

The US Coast Guard is one of the six armed forces, and I’m proud of the Coast Guard members who put their lives on the line in service to our nation. The Coast Guard has a special way of honoring its past by recognizing some of those heroes. The service is commissioning a fleet of about 50 new 154-foot patrol boats called fast response cutters. They’re being named for Coast Guard heroes.

Every day, Coast Guard members serving on the water or in the air put their lives on the line to perform dangerous missions like search and rescue, port security, law enforcement, homeland security and much more. Their stories are inspiring, and reflecting on some of them over Veterans Day caused me to contemplate heroism and what role a person’s character plays in the execution of heroic acts. Are heroic acts spontaneous; perhaps a reflexive response? Or, is something deeper at work? I believe the latter. A character-driven individual acts deliberately to put others before self.

This week, an announcement caught my eye. The Association for Rescue at Sea (AFRAS) awarded the Vice Admiral Thomas Sargent Gold Medal to Aviation Survival Technician First Class (AST1) Adam J. Via. The Gold Medal is awarded to a Coast Guard enlisted member to recognize acts of extraordinary bravery during rescues at sea. I read the award citation with interest, and was struck by the strength of character demonstrated by AST1 Via. Read on to judge for yourself:

CGNR 6034 departed from Air Station Cape Cod in response to an active Emergency Position Indicating Radio Beacon from the 100-foot trawler F/V NOBSKA, which had suffered a hydraulic casualty and later caught on fire. Once on scene, Petty Officer Via deployed via a sling through turbulent 50 knot gusts into the North Atlantic waves cresting at 15 feet. After swimming 50 yards towards the burning vessel, he muscled through the first of five basket hoists that became increasingly difficult due to the 45-degree water and the bulky, inflexible survival suits each survivor wore.

One at a time, Petty Officer Via raced to load each survivor into the rescue basket with each evolution requiring him to swim alongside a drifting vessel and exert extraordinary physical effort to battle against the demanding seas. While towing the fourth survivor towards the basket, he creatively utilized his own body as leverage to prevent the survivor from slipping beneath the waves, delivering him safely into the basket. Approaching mental and physical exhaustion, Petty Officer Via conducted the rescue of the final survivor, whose resistance required every last ounce of strength to effect a recovery. Despite extreme fatigue once back on board the helicopter, he provided immediate medical care for the survivors during the transit back to Air Station Cape Cod.

The outstanding courage, dedication, and skill of AST1 Via was instrumental in the saving of five lives.”

Wow. Imagine each step of that rescue, from the time Petty Officer Via jumped out of the security of the helicopter into the bone-chilling water and raging, 15-foot seas, with wind and spray making it difficult to draw a breath. He had to plow through that wind and those waves five times to drag fishermen to and from the swinging rescue basket. Imagine muscling a dead weight person into the basket…five times. I’m a strong swimmer and I can’t imagine how Petty Officer Via succeeded in rescuing those five men.

The phrase in the citation that caught my interest was “Approaching mental and physical exhaustion…” As an athlete, I often found that mental exhaustion as a more powerful force to resist than was physical exhaustion. I believe it’s the mental factor that takes courage to overcome. And that courage comes from the strength of character of the individual. So yes, I believe many heroes, like Petty Officer Via, are character-driven.

Look in the mirror. Do you have the strength of character needed to put others first?